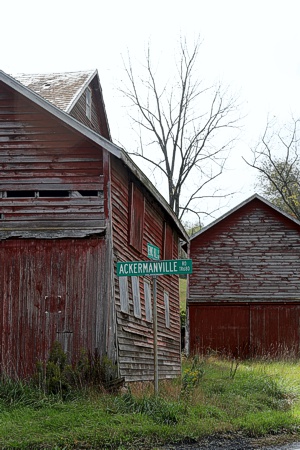 It became a separate township in 1871 when it was set off from Lower Mount Bethel. The surface is mostly rolling and hilly, underlaid with slate formations, except for a marshy valley along the southern side of the Blue Mountain ridge where the springs that feed Martin's Creek (the Indian "Moiawugurtenk"), flow nearly the entire length of the township, furnishing an abundance of water to power its mills.

The first settlement within the present limits of the township was made around 1730, at what is now Richmond. The first mill was a log mill, built at Ackermanville in 1778 by Henry Miller; the first blacksmith shop was opened in the late 1700s, and the first tavern was opened in 1800 at Richmond.

A meal cost $.25 and lodging was a shilling charged by Philip Gross, the owner. Mail was carried by horseback weekly, via Portland to the first post office in Richmond in the year 1804.